- May 22, 2022
Cast: Mia Goth, Jenna Ortega, Brittany Snow, Martin Henderson, Kid Cudi, Stephen Ure, Owen Campbell  Director: Ti West  A film crew rents a guest house from an elderly couple to make an adult film.  As the night goes on and tensions rise, they are killed off one by one in really gruesome fashion by someone that is observing what kind of filth they are making. First of all, I have to admit that I am not a fan of the films that A24 comes out with. For the most part, they are completely boring and uninteresting to me.   I am the type of person that can't get into films that are known as "slow burns" because I have a tendency to fall asleep. However, X is a much different kind of horror film. Sure, it's still slow-paced, but the storyline is very interesting that you actually don't even realize how long it's taking for the first murder begins and one that happens, you are in for a wild ride. X is set in the rural backwoods of Texas in the 70's and that made
Post a Comment
Read more 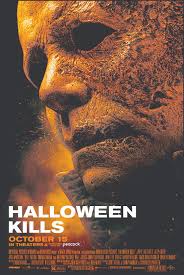 Cast: Jamie Lee Curtis, Judy Greer, Andi Matichak, Anthony Michael Hall. Kyle Richards, James Jude Courtney  Director: David Gordon Green  After the events of HALLOWEEN 2018, Laurie, Karen and Allyson have escaped the wrath of Michael Myers with Michael trapped in the burning basement of Laurie's compound. However, evil never dies as Michael escapes from the burning building and is more pissed then ever as he goes on the most brutal and bloodiest killing spree to date (forget the RZ versions please). I have been anxiously awaiting the arrival of HALLOWEEN KILLS ever since it was first announced for 2020. And then the unthinkable happened, COVID hit and the movie was pushed to 2021.  I was really worried that the movie was going to be pushed again, but I am so thankful that it didn't occur and HALLOWEEN KILLS has finally been released worldwide. Now, let me get into my thoughts on what was my most anticipated movie of the year. Holy shit, HALLOWEEN KILLS was what I was expecting
Post a Comment
Read more 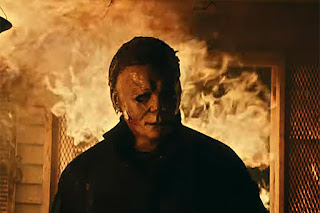 Late last week someone had leaked out the trailer for HALLOWEEN KILLS. I didn't have any idea, so I never watched the poor quality that was floating around. The trailer was due to be dropped this week, so what was the studio going to do about this?  Well, you guessed it, they released the official HALLOWEEN KILLS trailer within hours of the leak and that means Halloween came early for us hardcore fans. We all had to wait a year for this movie to finally come out since theaters were closed due to the COVID restrictions and lockdowns. Now that things are getting back to normal and theaters are opening up again, we are finally back on track with movie releases.  So with that said, will HALLOWEEN KILLS live up to expectations? I watched the trailer and let me just say....YES!  I had heard early on that this new Halloween film will be the most brutal and bloody of all the Halloween films and that is including the Rob Zombie movies and that is saying something there. The trailer gave me
Post a Comment
Read more 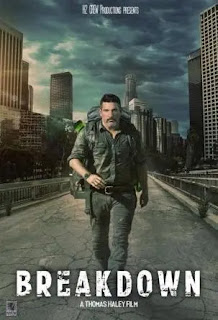 Cast: Thomas Haley, Corey Sorenson, Jessica Cameron, Brooklyn Haley, John Marrott, Jerry Broome Director: Thomas Haley An unknown virus has ravaged the world. While a majority of the infected are quarantined away from civilization, a lone man fights to come up with a cure to save humanity. BREAKDOWN is the directorial debut for Thomas Haley and I must say I was very impressed.  During these difficult times we are actually living in, this movie really hit you in the gut of how worse things can get and if you are asking "just how worse can it be?", imagine being one of a few survivors of a mysterious plague. Now that is truly horrifying.  Not only is Thomas Haley the director, he is also the star of this film and I thought he did a great job. I really hope to see what he will come up with next.  There's really not much in the way of interactions with the few characters here, but that made it scary for me. Just being alone in a world that have mostly died off is upsetting.
Post a Comment
Read more 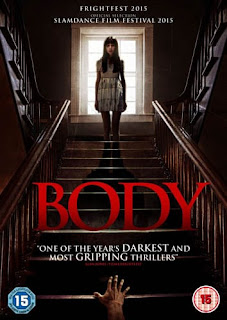 Cast: Helen Rogers, Alexandra Turshen, Lauren Molina, Larry Fessenden Director: Dan Berk and Robert Olsen  After a night out of partying, 3 female friends sneak into a secluded, remote mansion to have more  fun. However, what was supposed to be good times, things turn horribly wrong. I didn't know what to expect when I came across this film. I actually thought this was going to be something about body horror, but I mean with that title and not reading the description, how can you not think that way.  When I started watching this movie, I discovered it was not what I was expecting, but that's not a bad thing, is it? BODY was more of a thriller about 3 women who get more then they bargained for when they get caught by the groundskeeper of the mansion and what ends up happening until the very end. Plus this movie takes place during Christmas and I thought I knew every holiday horror films, so it's great to come across one I had never heard of. I was quite impressed with BODY
Post a Comment
Read more 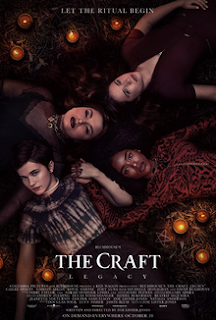 Cast: Cailee Spaeny, Zoey Luna, Nicholas Galitzine, Michelle Monaghan, Gideon Adlon, Lovie Simone, David Duchovny  Director: Zoe Lister-Jones After moving with her mom to a small town to live with her new stepfamily, a young girl discovers her new found powers that she had and with the addition of 3 of her classmates, their powers grow more powerful then they expected. Does this sound familiar? Well it should, especially if you are a fan of the 1996 film, THE CRAFT. When news of THE CRAFT: LEGACY was let out, it was reported that they were planning a remake/reboot and I was really pissed off with it. Fortunately, they eventually didn't go down that road and THE CRAFT: LEGACY turned out to be a sequel instead. However, the movie was really disappointing in so many ways.  The 4 main actresses did a decent job with what they were given, but I just wish it was more. Unlike THE CRAFT, there were no development with the characters nor did they show their private lives, which would've
Post a Comment
Read more 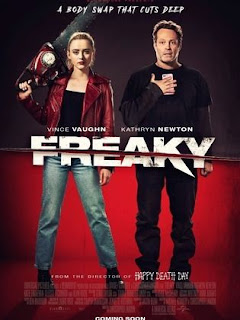 Cast: Kathryn Newton, Vince Vaughn, Uriah Shelton, Misha Osherovich, Celeste O'Connor, Alan Ruck  Director: Christopher Landon  An infamous serial killer mysteriously swaps bodies with a 17 year old high school girl after he attacks and stabs her with an ancient dagger. When I first heard that a horror version of FREAKY FRIDAY was in the works, I was not enthusiastic at all about this news. I mean, can't Hollywood come up with their own ideas?  However, my mind was changed upon learning that Christopher Landon was behind this and he did both HAPPY DEATH DAY films and they were incredibly fun. FREAKY (leaving off the Friday part of the title) was the biggest surprise for me. I knew what I was in for from the first 10 minutes or so. The killings were quite bloody and brutal. Sure, the characters that were killed off first, you really didn't care about. Or basically any of the murder victims for that matter.  Kathryn Newton who portrayed the young high school student turned
Post a Comment
Read more
More posts